Back to Knowledge Library 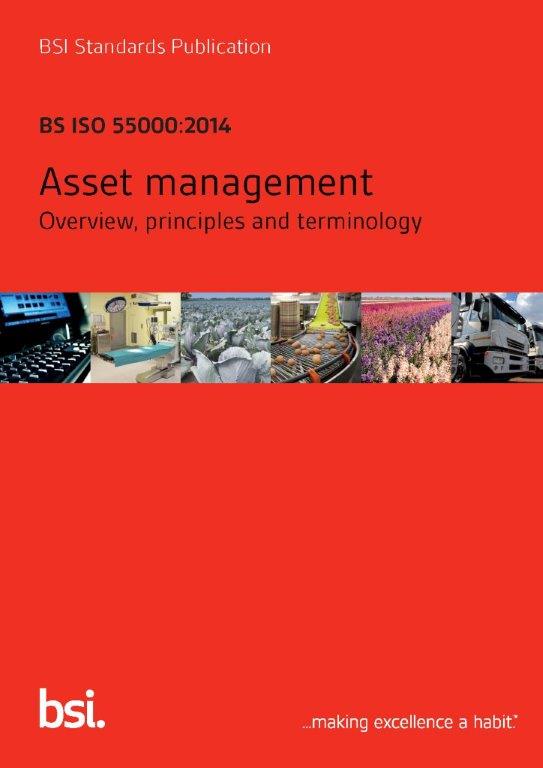 The three international standards (ISO 55000, 55001 and 55002) are important because they represent a global consensus on asset management and what it can do to increase value generated by all organisations.

We believe that asset management will increasingly become the best means of harnessing and integrating all the activities within an organisation to achieve its purpose most effectively and economically.

These standards can help organisations of all sizes and sectors to:

ISO Technical Committee 251 (ISO/TC 251), responsible for the development of the ISO 55000 standards, align and develop new resources to improve the understanding of asset management. The Technical Committee web page is maintained with the latest updates and publications, including guidance articles that expand on certain aspects of ISO 55000.

Since its first publication in 2004, British Standards Institution PAS 55:2008 has been an international success and became the default global standard for asset management. It has been increasingly recognised as a generically applicable definition of good practices in the optimised management of physical assets.

Using PAS 55:2008 as the ‘base document’, the IAM worked with the British Standards Institution to initiate the project to produce a formal International Standard through the International Organisation for Standardization (ISO), and we were delighted by the enthusiastic and wide participation in this work. Our aim was to increase the degree of international and cross-sector participation to develop asset management good practice and application in many parts of the world. Through the significant ISO membership, the IAM encouraged the inclusion of further relevant documents as well as PAS 55 to improve the industry.

The BSI submitted a proposal to form a Project Committee (PC251) and develop an International Standard. This ISO Standard would be based on the good work produced in PAS 55 and would seek input from experts, industries and learned societies around the world.

The ISO Technical Management Board reviewed the proposal and a New Work Item Proposal (NWIP) was circulated to all National Standards Bodies (that are members of ISO) for a worldwide ballot. The IAM reached out to members to demonstrate the international need for this ballot.

The BSI hosted a half-day meeting on 30 March 2010 for stakeholders to review the ISO New Work Item and the standardisation process. This 'Mirror Committee' provided input into the development of the three new ISO standards on asset management by the Project Committee 251:

The worldwide ballot for the New Work Item Proposal closed in November 2009. The ISO Technical Management Board Resolution 196/2009 stated on the NWIP on Asset Management:

“The Technical Management Board noting the numerous comments submitted through the ballot regarding the new work item proposal for standards on asset management, which requested that the NWIP be registered as a preliminary project, requests that BSI (United Kingdom) organize a preliminary meeting and provide the TMB with a report and recommendations of the meeting. An invitation was sent to the National Standards Bodies which expressed interest in participating in the process, for a preliminary meeting of PC 251 in London, on 26-29 April, 2010. This was postponed owing to the effects of the volcano on air travel and took place on 15-18 June. The result was a unanimous recommendation to proceed and the formal recommendation is available to download ISO Communique 25 June 2010. The decision of the Technical Management Board is awaited.”

The Technical Management Board confirmed this recommendation and Project Committee 251 (PC251) became official in August 2010.

At the successful Preliminary Meeting in June, it was agreed unanimously to adopt the draft ISO JTCG (Joint Technical Coordination Group) format, which includes standard text and common terminology for all ISO management system standards. Therefore, following debate, the two-part base document BSI PAS 55:2008 was reissued in the proposed three sections in the JTCG format. These sections were used as a basis for inviting comments from participating countries. The consequence was more than 150 pages of comments for consideration at the first Project Committee 251 meeting in Melbourne.

ISO PC251 held its first plenary meeting in Melbourne, Australia in 2011. The international participation at these meetings was remarkable: an unusually high proportion of ISO Member Countries became Participants or Observers, reaching nearly 80 delegates at the Calgary meeting. The UK Mirror Committee was extremely active throughout, with a strong delegation at each meeting which helped to lead the work programme. We also enabled IAM members whose own countries were not involved to contribute their comments through the Committee (and we encouraged the Standards Bodies of those countries to engage!).

The International Standards Organisation published ISO 55000 on 15 January 2014: the culmination of three years’ work by the ISO Project Committee 251. The initiators of this committee, The British Standards Institute and IAM, marked this significant development for the discipline of asset management with a launch event in London in February 2014.

Each standard can also be purchased individually at the BSI shop.